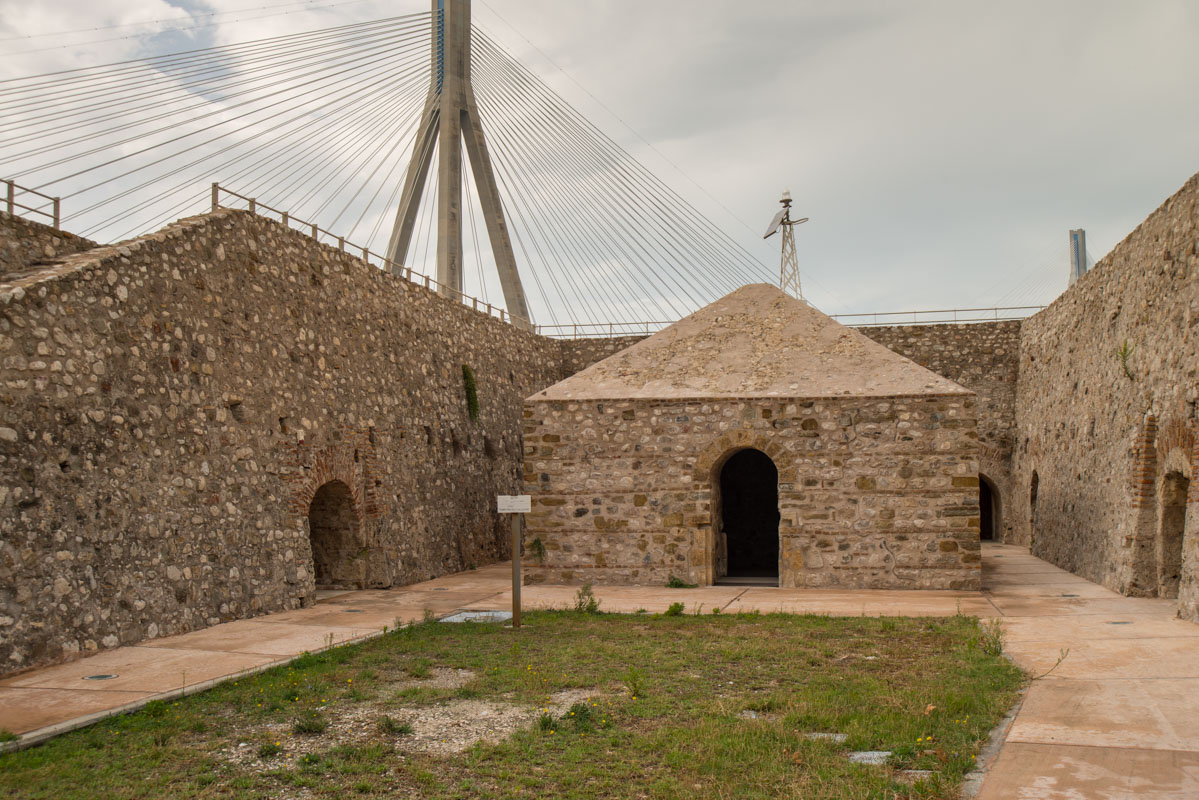 The castle of Rio or Castello of Morea, along with its “twin”, Antirrio Castle, were for the Ottomans the "Small Dardanelles", in a location that the Romans called "Jaws of the Corinthian (gulf)". The castle of Rio was constructed within extremely short notice for the time, just three months in 1499 by the Sultan Bayazid II. In the location where it was built, the sanctuary of Poseidon existed in the antiquity; they used building materials from the latter for the construction of the Castle. The Castello of Morea (Rio) and the opposite Castello of Roumeli (Antirrio), filled each other’s power, and by crossing the fire of their cannons, prevented the passage of the enemy ships in the Corinthian Gulf

The castle of Rion was claimed by the Venetians, the Turks, the Genoese, even the Knights of Malta. From 1686 until 1715, the castle was held by the Venetians who finalised its current form. During World War II it was used as a prison.