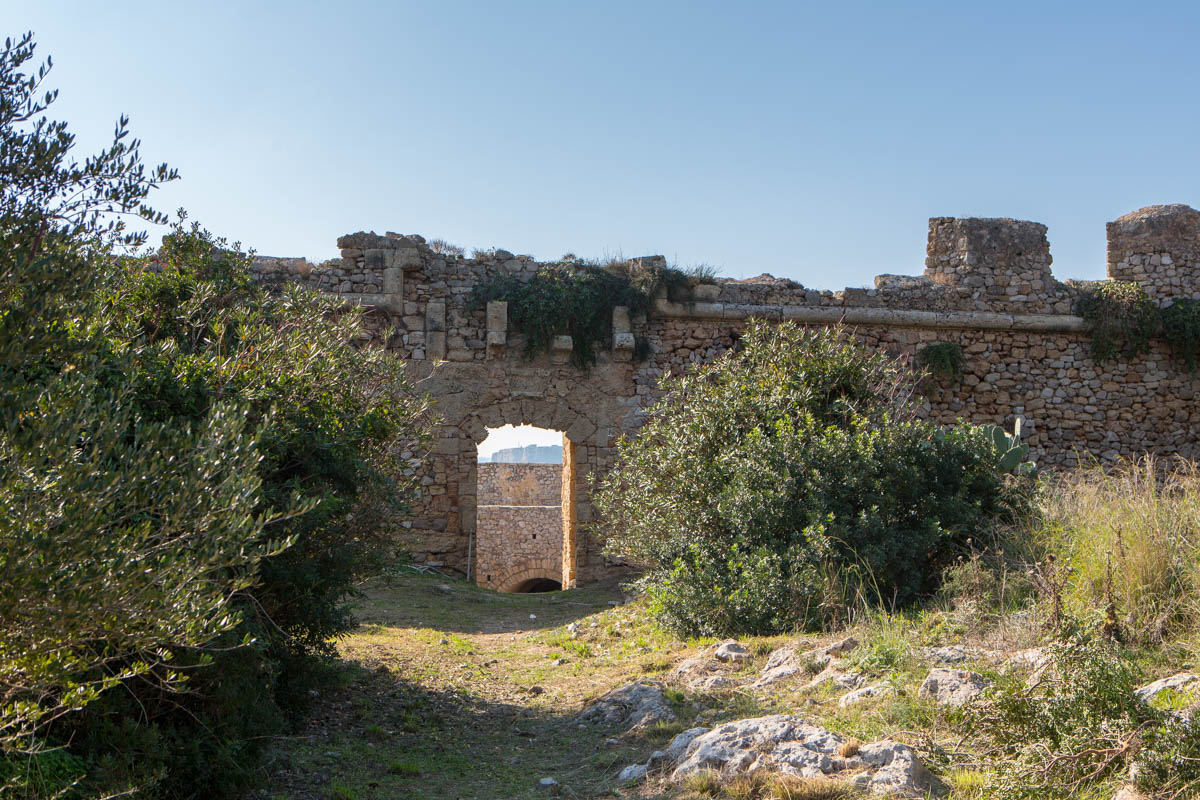 The castle of Pylos, or Niokastro or Neo Navarino, dominates the hill above the city. It was built, somewhat after 1573, from the Ottomans being defeated in the naval battle of Nafpactos and it remained in their sovereignty up to 1686, when occupied by the Venetians. A series of reoccupations “Inaugurated” between the Venetians, Ottomans and Greeks, up to October 1828, when it was finally ceded to the French army of the general Maison. It has been used as prison, with the constitution of the Greek state, while the Germans and the Italians used it as their base of operations during the Second World War. It was named Niokastro to distinguish it from Palaiokastro (or Old Navarino), of Frankish creation, in the old port; its final purpose was to ensure the control of southern entry of Navarino. It is one of the most well preserved castles of Greece.