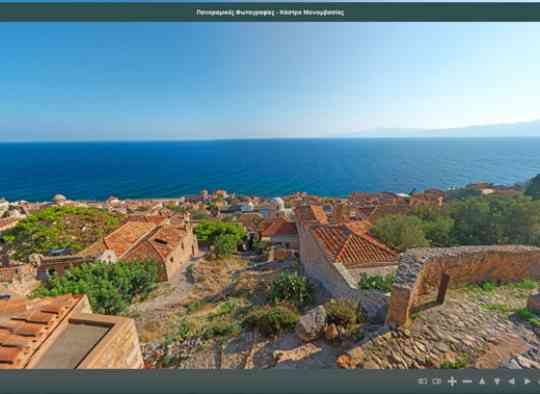 A thin band of land and a 100 m. bridge; this is the only way to have access in the fortress city of Monemvasia, the “only entrance” to “Menekşe Kalesi”. Here, the Lakones arrived in the 6thth century, brought to despair from the continuous raids of the barbarians; they wanted to find a new place to live, offering them bigger protection. Ideal for their purpose was the rock of Monemvasia, which was up to 600 m wide, 1,5 km long and with a height of almost 300 m.; thus began the life on it. On its top, the small plateau was the ideal location for the creation of a castle, being almost at the same level with steep slopes which it was impossible for someone to reach. Monemvasia flourished from the 12thth until the 14thth century, with characteristic Byzantine temples being built. It is constituted by two settlements, the Upper and Lower Town, whose area covers 7.500 and 120.000 sq.m respectively.