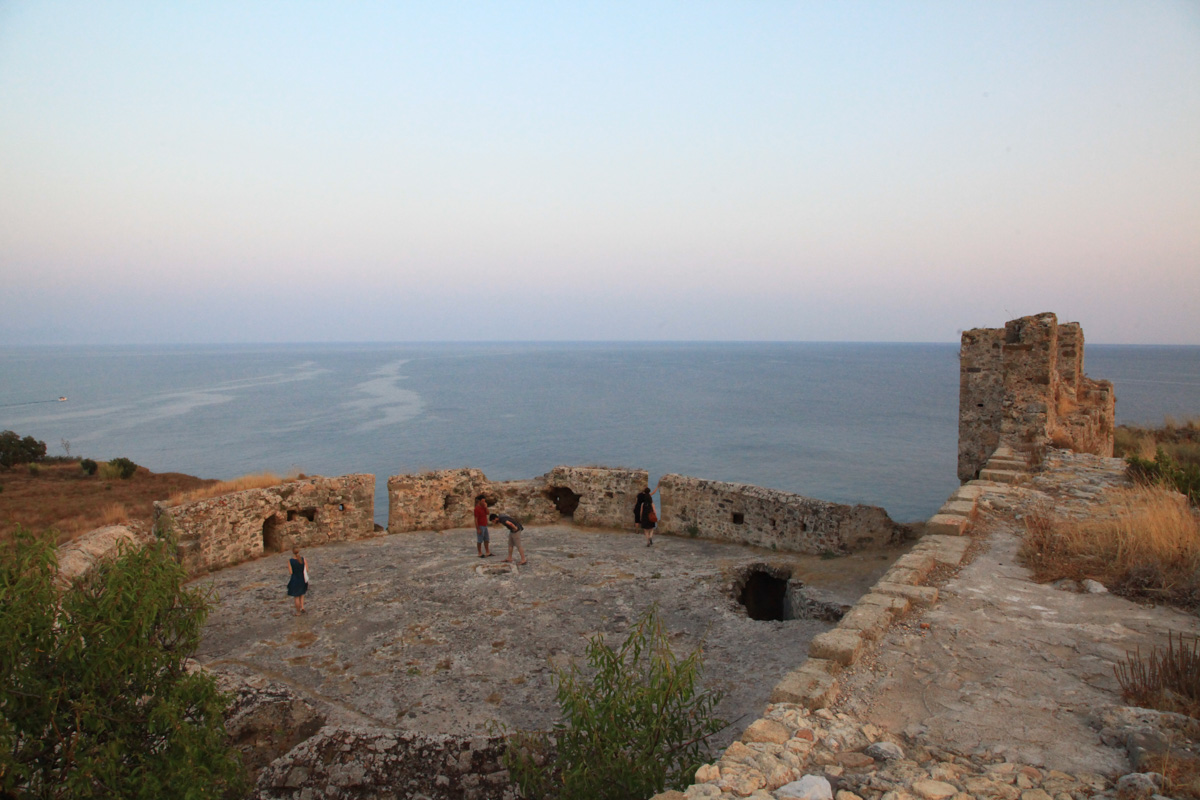 The castle of Koroni dominates Akritas cape, on the southern edge of the Messenian Gulf; an ancient acropolis, Asini, had once stood at the location of the castle since before the Trojan War. The fortification of the classical years took place during the 5th century, while from 395 up to 1205 the castle functioned as a Byzantine fortress. In 1205 it was occupied by the Franks and next year from the Venetians; the latter fortified it considerably, strengthening it with bulky gates and robust towers. From the 13th century the castle of Koroni, along with that of Methoni, constituted an important commercial centre between the western and the eastern world, causing conflicts between Venetians, Francs and Ottomans for his sovereignty. Its strategic position on the highest point of the peninsula facilitated the supervision of the entire region. In 1828 the French general Maison liberated the city and the castle of Koroni; a period of acne followed, until the progressive desolation.