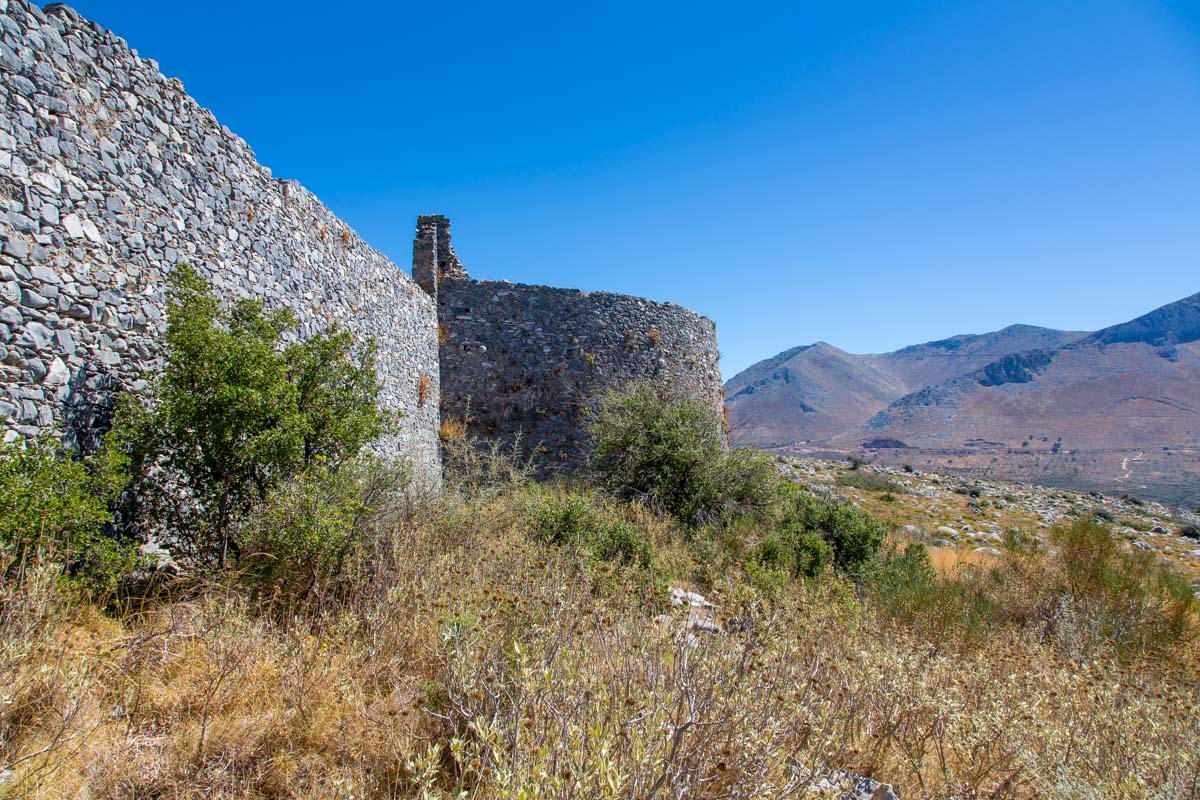 The castle of Kelefas is situated on the west of Kelefas village and south-eastern of Oitylo in the Laconic Mani. It was founded in 1670, when the Vizier Ahmet-Kioupourli decided to compensate Limperaki Gerakari for his services and, simultaneously, to repress the forces of Maniot resistance. Its location controlled the entire area of Milolagkado, having visual contact with the perches of the neighboring settlements. The origin of its name comes from the verb “kelevo” and connects to the luminous signals of the perches. In 1685 the Venetians, with the help of Maniates, occupied the castle and perfected it; in 1715, however, they passed to the Turks. Since then the fortress was abandoned. Its construction was simple and extended in about thirteen acres. It disposed of four circular towers and a semi-circular rampant in the eastern side. Today, we can see the external walls, the two of the four circular towers, one of the fifty-eight cannons it used to have and the devastated buildings inside.