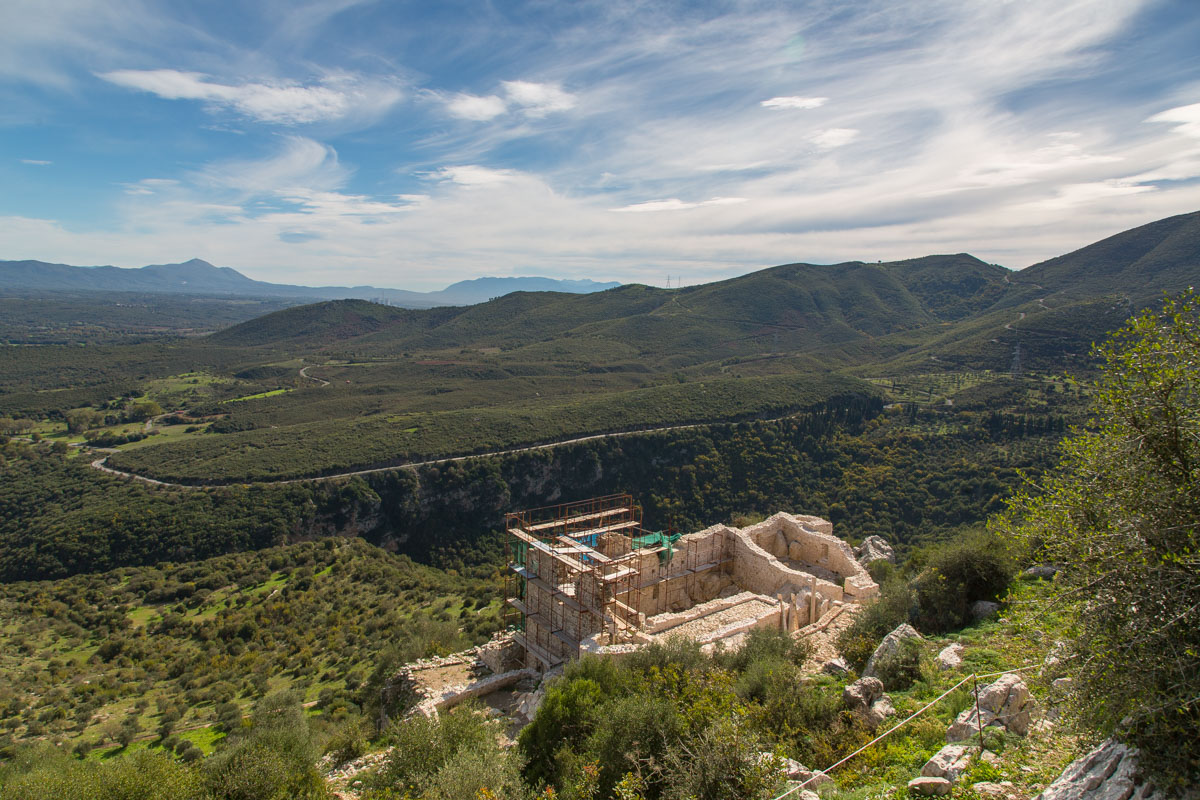 The region of Karytaina was given to Hugh of Briel (Hughes de Bruyere) after the conquest of Constantinople from the Crusaders, when Peloponnese was shared in 12 Baronies. Here, the son of Hugh, Geoffrey of Briel (Geoffroy de Bruyere), decided to build the Castle of Karytaina, on the same spot where in the antiquity was the citadel of ancient Vrenthis. On an altitude of almost 600 m. there is a castle, which has been connected as long as no one else to “The Old Man of the Morea” (O Geros tou Moria); here, Theodoros Kolokotronis decided to set up his base of operations and his house also. This location allows its lord to supervise the entire region and to control as well the narrow passage connecting the region of Megalopolis to Elis. The castle, typical sample of the Crusaders’ defensive architecture, has a triangular form, while the masonry walls, with a total length of 100 m. and maximum width of 40 m., constitute the most well saved part of it reaching a height of 7 m.