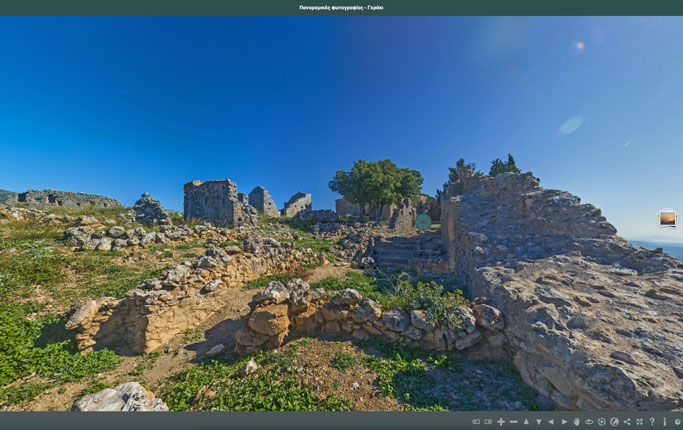 The castle of Geraki, built on the northeastern slopes of mount Parnon, was manufactured from the Baron Guy de Nivelet on 1209, in the same locality where the Mycenaean Geronthrai was. It remained under Venetian occupation until 1259, constituting one of the 12 baronies of the Peloponnese. On 1262 it is occupied from Byzantines and henceforth supports the Despotate of Mystras (1262-1460). Then it is occupied from the Ottomans, until 1463, when the Venetians held it. Not for long though, hardly five years after it is under the Ottoman sovereignty; it remains so until the end of the 17th century, when for a short period Venetians occupy it once again. Finally, on 1715, it is reoccupied by the Turks, until the years of the Greek Independence War. On 1828 it is integrated to the newly established Greek state. The castle if Geraki is full of churches of the 12th-15th centuries, a proper Byzantine “museum”; it is still a sample of its distinguished place among the castles of Peloponnese.