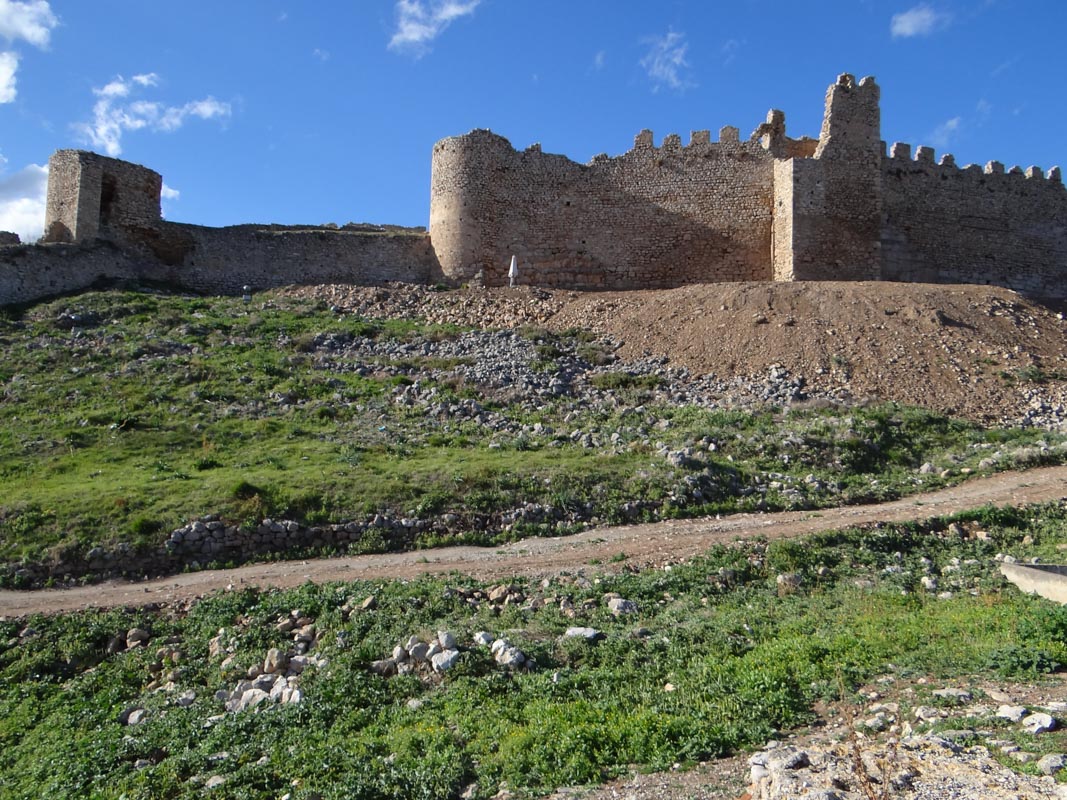 The castle of Larissa is found on the northwest of the city of Argos. The fortification of the hill began in the prehistoric time, continued during the archaic and classic years and on the 10th century a medieval castle was built. The Franks occupation gave the castle its current form while the two Venetian occupations did not leave significant traces. The castle already had lost its importance when it was handed over from the Venetians, without resistance, to the Turks; they made limited additions. The continuous use of same building materials makes the precise dating of the fortification difficult and it is resulting in the fact that the masonry has elements from different periods such as: Mycenaean, Archaic, Classical, Byzantine, Occidental, Venetian and Turkish. The castle disposes of two enclosures, an exterior and an interior one. Excavations in the internal enclosure have revealed two ancient temples, four water reservoirs and a church of the 12th century. On 1992 the castle was characterized as a preservable monument.